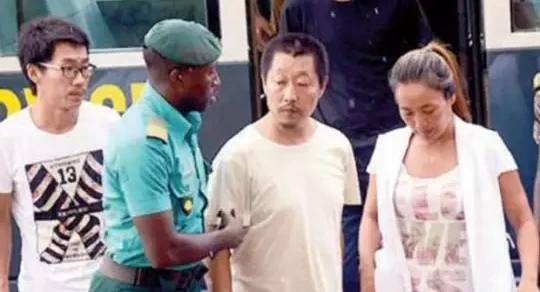 According to Ace Ankomah, a legal practitioner, Ghana lost the fight against illegal mining, also known as ' galamsey,' after the government decided to deport Aisha Huang in 2019.Aisha Huang, aka Aisha Ruixia, a 47-year-old' galamsey' suspect deported in 2019, has returned to Ghana and is allegedly mining without a license.

Her accomplices; Johng Li Hua, Huang Jei, and Huaid Hai Hun have been charged with engaging in the sale and purchase of minerals without a license.

On July 31, 2017, President Nana Addo Dankwa Akuffo-Addo launched Operation Vanguard to halt the activities of galamseyers in the country.

In the face of the galamseyers' defiance, the President reiterated his commitment to banish galamsey in December, describing his commitment as " resolute and immutable," and he has been renewing that commitment in both word and deed ever since.

For example, at the launch of the first national consultative dialogue on small-scale mining in Accra in April last year, President Akufo-Addo called for a political consensus to aid in the fight against illegal mining.

Because of the illegal miners' obstinacy, the government recently purchased five new speed boats for use by security forces to patrol and protect the country's rivers as part of efforts to halt their destructive activities.

One might wonder why, despite the devastating effects of galamsey due to its crude method, illegal miners are motivated to continue their nefarious act without fear.